When people typically think about Lyme disease, they associate it with ticks – deer ticks, to be exact. While Lyme has historically been considered a tick-borne disease, more recent scientists and researchers have started to claim that mosquitoes can also infect people with Lyme disease.

Of course, like most ground-breaking science, the claims have been met with controversy in the academic realm of the Lyme disease discussion. Despite many scientific claims showing that mosquitoes can carry Borrelia in their gut and indicating the possibility that mosquitoes are capable of transmitting an infection to humans, many mainstream disease centers still hold otherwise. For instance, even the Centers for Disease Control and Prevention (CDC) website says that “[t]here is no credible evidence that Lyme disease can be transmitted through air, food, water, or from the bites of mosquitoes, flies, fleas, or lice.”

Transmitting the Lyme infection from a tick to a person is not necessarily a matter of the tick sucking Borrelia from one person and injecting it into another. Rather, there are certain relations, processes, and systems inside the tick and Borrelia that enables it to persist for a long enough time to become strong enough to be transmitted to a person. Understanding how the Lyme disease organism, Borrelia, works in a tick is crucial when it comes to understanding the controversy over mosquitoes and Lyme disease. 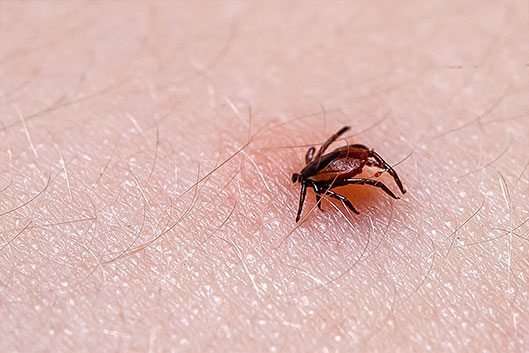 As we mentioned above, when it comes to the transmission of Lyme disease, ticks are not necessarily flying bug syringes that suck Borrelia from one organism and then simply inject it into another. The process, of course, is a little more complicated as it is the interactions between two living things, the tick, and Borrelia, that play a crucial role in the transmission of the infection.

While Borrelia resides in the tick’s gut, it produces a protein that enables the Borrelia to persist in the tick for long periods. The protein aids its survival until the tick feeds again. Then, when the tick begins to feed again, the spirochete decreases its production of that protein and focuses on producing a new protein, which allows the spirochete to move to the tick’s salivary gland where it can then be transmitted to the new host by way of the tick’s saliva.

The production and function of the two proteins that the Borrelia spirochete produces in a tick are integral to the Borrelia’s survival. Still, it also can enhance and utilize a protein already in the tick that protects not only the tick but the spirochete as well from any attacks by the host’s immune system. Therefore, Borrelia is dependent on the tick’s protein, Salp15, to infect the host as a Lyme disease agent. In addition to the Salp15 protein, the Borrelia also needs the extended time that a tick spends feeding, as it often feeds for multiple days at a time. The spirochetes often require such an extended amount of time for those interactions to occur.

Contrarily, Borrelia is much less equipped for survival in mosquitoes. So, despite being found to exist in mosquito guts, and even saliva, people question whether it can survive long enough in the mosquito without the support from the proteins found in ticks. Additionally, mosquitoes take only a few minutes, sometimes even seconds, to feed, whereas ticks take days. Such a short amount of time reduces the spirochetes’ ability to produce whatever equipment they might need to be viable as infectors of Lyme disease in the same way as they are with ticks.

Such concerns have made mainstream disease centers deny that mosquitoes have the capacity to be significant vectors of Lyme disease infections. However, recent studies have provided evidence to combat any such concerns. Specifically, one study performed by individuals from Goethe-University, Senckenberg Museum of Natural History Gorlitz, and the University of Frankfurt have found that mosquitoes might have the equipment, after all, to enable Borrelia spirochetes the ability to survive for the duration necessary to be viable vectors of Lyme disease.

The researchers in this study aimed to check two things. First, whether Borreliae can be found in different species, or even different genera, of mosquitoes despite their different feeding habits, and secondly, whether Borreliae can be detected in mosquitoes right after their metamorphosis just as the transstadial transmission (the passage of a microbial parasite from one developmental stage of the host to the next) in ticks.

In regards to the first goal of the study, the researchers found that Borreliae could be detected in 10 species of mosquitoes across four different genera. This was out of the 52 species of mosquitoes found in the tested areas of Germany. The frequency of the bacteria found in mosquitoes was consistent with previous studies, and the number of species it was found it was due to collection methods and not differences between the species. In line with previous studies, a notable amount of Borriliae was detected in the mosquitoes’ salivary glands, indicating the possibility that mosquitoes can transmit an infection. Regarding the first goal, the study did not find evidence to show anything conclusively. Still, the findings do suggest that mosquitoes might play the role of being an occasional mechanical vector of Lyme disease.

On the other hand, this study found ground-breaking data in relation to the second goal, which was to find out whether Borreliae can be detected in mosquitoes directly following their metamorphoses. Such findings would be significant because being able to survive and continue from one developmental stage of the host to the next is a crucial step for any vector-borne pathogen to be transmitted later on.

This study, for the first time, found that Borreliae endure the metamorphosis from larvae to pupae, and again from pupae to a mosquito. The study confirmed this by capturing larvae, which were tested to have Borreliae. Then, while monitoring the laboratory-hatched specimens at each stage of their metamorphosis, the researchers were able to confirm that the mosquitoes maintained the Borrelia in their organism through the changes despite never having a blood meal. These findings were the first of their kind, and indicate that the Borriliae in mosquitoes have developed some form of survival methods in mosquitoes, which quiets the concerns concerns of those who might be skeptical of mosquitoes having the capacity to transmit infectious Borrelia to people. 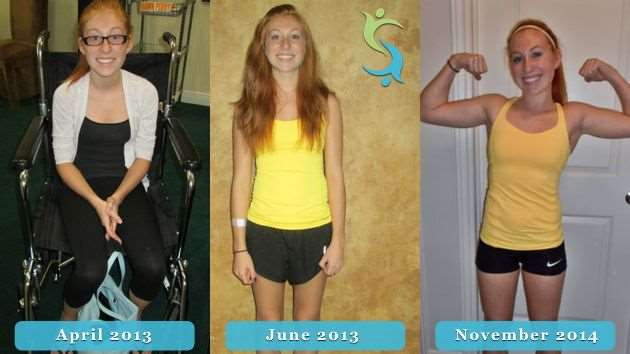 8 thoughts on “Is Borrelia Transmitted from Mosquitoes?”